With the relentless poaching onslaught on Africa's wildlife, Mike has over the past 40
years, in partnership with a number of leading conservationists and philanthropists, played an active role in the development and implementation of wildlife conservation and rural community-based projects . This is the field where Mike now devotes the majority of his time and efforts.

Mike grew up in a number of countries and was educated at international schools around the world. By the age of 18 he had lived in some of the world’s great cities; Athens, Hong Kong, Tokyo and Rio amongst them.

He began his photography at the age of 12 and has learnt photography right up from the very basics, starting off in his own darkroom, developing and printing photographs and transparencies.

"The transition from film to digital photography has opened up immense opportunities other than simply point and shoot. The ability to instantly view a photograph and to make the necessary corrections and learn from one's mistakes is simply amazing."

"I do however believe that with digital photographic equipment and software it's all become too easy, with auto focus, and "auto everything"; suddenly it all becomes about what the camera can do rather than what the photographer can do, somehow there's the danger that we'll lose touch with the art of photography itself."

One of the safari industry’s leading personalities, Mike is involved in both the marketing of extraordinary safaris and in consulting to the ecotourism industry. Very much the modern bushman, Mike is equally at home in the hustle and bustle of New York, or the vast emptiness of the Namib Desert; conservationist, raconteur, and helicopter pilot, Mike also leads and guides photographic safaris for those who enjoy the finer things in life. 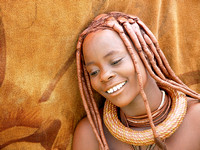 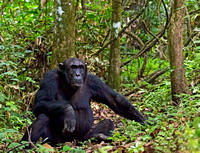 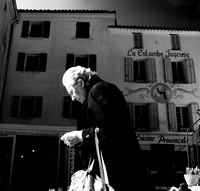 Open All Photographs
Guestbook for Mike Kirkinis
George (Tom)G.(non-registered)
Long way from a storage/darkroom in your dad's garage in Philofei. You have become a sensitive photographer. I admire your vision and passion. I am honored to have known you so many years ago and to see such wonderful work. Interestingly, my career was in photography and video production. I always favored a view camera (Zone VI) for landscapes. Now I use a Nikon FM. I never went the digital route...never cared for it. So many photos....so little lifetime. I can say I've experienced the two most rapturous photographs one can experience....one takes your breath away and the other nearly kills you! I am honored to have known you as my best friend so many years ago.
simon reeve(non-registered)
There are utterly beautiful photographs, reflecting someone who not only respects nature, but loves people and life.
Great cameras and lenses are barely half the story in a memorable image. It's much more about the person operating that equipment, their compassion and their connection with the world around them. They're exquisite pictures Mike.
Stanjan0(non-registered)
You are a very competent photographer and I like your images but, many seem out of focus, why? You sure travel the world. Stan
Vincent(non-registered)
I enjoyed your beautiful pictures very much. What amazing colours!
Huub(non-registered)
Just met you at the Leica User Forum in the Summaron thread and looked a bit through your website. Congratulations; you have some superb photographs here! I especially like the "Travel", "People" and "Landscapes" folders. Wonderful!
Available Feeds
RSS | Atom
Recently Added
RSS | Atom
Featured Items
Close
Powered by ZENFOLIO User Agreement
Cancel
Continue